Oxana set down my green tea and a fork and patted me on the head. The dining car’s waitress had taken to mothering me since I boarded four days previously and seeing as she was the one who held court – and the keys to the fridge – I was more than happy to let her. At the next table a man in a singlet and slippers, scowled at my pot of instant mash and waved his hands, before tearing in half his buckwheat pancake filled with cottage cheese and tossing it across with a nod and a smile. Having watched him put away three cans of Stella since 9.30am, I obliged, and they were sweet and delicious.

The Trans-Siberian is the godfather of trains. Strictly speaking not a train but a route, it features on the bucket list of most rail enthusiasts, stretching more than 5,500 miles from Moscow to Vladivostok. But to mix things up I had chosen the more varied Trans‑Mongolian route (which veers away from Russia, dipping down through Mongolia into China), and broken up the journey by hopping off to ride the Circum-Baikal railway above Lake Baikal, and watch Swan Lake at the opera in Ulan Bator, before arriving in Beijing 11 days after setting off from Moscow. 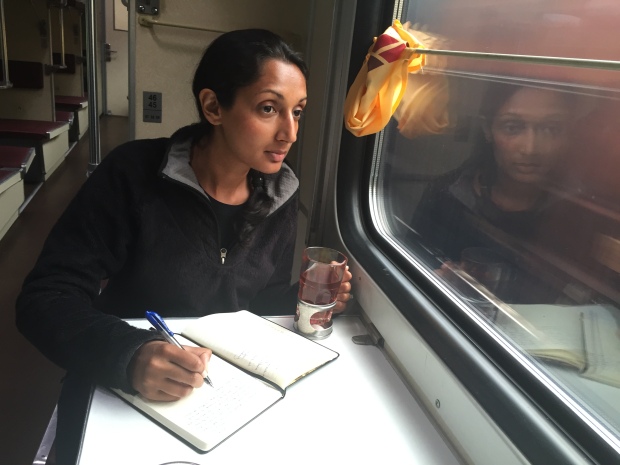 For the first two days I took up residence by the window watching leafless trees flash past until the scenery induced a meditative lull. Every few hours farmhouses and scarecrows in potato patches would breathe life into the greyness. But the real entertainment took place in the train’s corridors where passengers gathered to brew tea at the samovar or exchange stories – and during long-awaited stops where elderly women sold punnets of strawberries and young women in neon shorts hawked dried omul fish speared through the eye. At one such stop I rifled through the trolley of a lady who was picking her teeth while chatting to a friend, and offered her 90 roubles (85p) for a pack of playing cards. Even her son smirked and shook his head in disbelief that anyone would offer more than a cursory glance for what turned out to be a pack of 36 cards.

More than anything the train provided a geographical perspective that no aeroplane or car could ever match. Having picked up our location on Google maps in Moscow, I followed the blue sphere for five days as it moved across the globe, floating across territory that contained no cities, no lakes. But outside the window that territory was very much alive. At dusk on the eve of arrival at Ulan Bator rust-coloured sand dunes rose in the distance and rivers began to bend by the tracks. The sun threw stripes of red and orange across the sky, wholly unlike the mists that had hung across Siberia only days before. 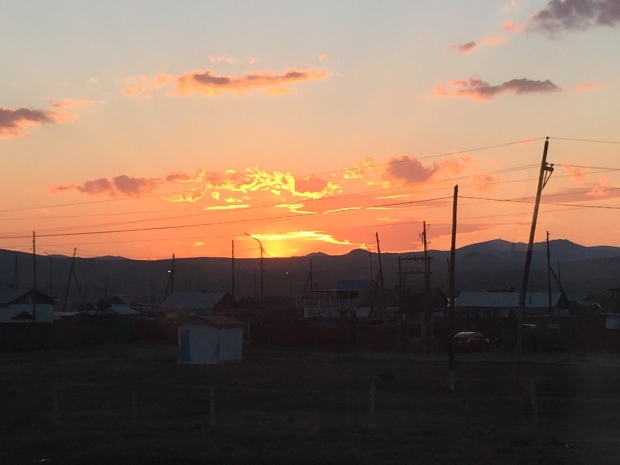 Waking on the fifth morning, I pulled back the curtains to find Smurf‑blue sky and cliffs rising all around the train as it snaked into tunnels and burst out onto bridges over green water, at the edges of which squatted fishermen in wide trousers and bamboo hats. Stepping onto the platform at Beijing, I couldn’t quite believe how far I had come, but also how far there was to go…

Rail bookers (www.railbookers.com 020 3780 2256) offers holidays on the Trans-Siberian railway from £919 per person. As tailor-made rail-holiday experts they will create a unique trip for you, including stops along the way, hand-picked hotels and a range of excursions.

2 thoughts on “The Godfather of Trains: The Trans-Siberian”